A Grand, Aristocratic Stay Awaits at The Imperial Hotel Tokyo

A Grand, Aristocratic Stay Awaits at The Imperial Hotel Tokyo

Tokyo is many things to many people. Vibrant, fast paced and full of culturally rich experiences. Amongst the true treasures of Tokyo, lies the grand and imposing Imperial Hotel.

For over 125 years, Tokyo's landmark Imperial has gracefully received Japanese and International guests. Our sources told us that the hotel is often visited by Hollywood stars right from the gorgeous Marilyn Monroe in the past to Keanu Reeves and Bruce Willis in the current years.
Vanilla Luxury flew to Tokyo to review this iconic hotel and to see what the fuss was all about!

Smack bang in the middle of dazzling Ginza and a few steps from the Imperial Palace and Marunouchi, the location of the hotel is hard to beat. Imposing and perhaps as large as any hotel in Tokyo can get, the building itself seems like you are reaching a major city landmark.

Fun fact. An older Imperial Hotel on the same site was designed by Frank Lloyd Wright who was admonished for this then considered controversial structure. The great Kanto earthquake struck in 1923 and most of the area was destroyed leaving the Imperial hotel standing - Wright had the last laugh!

As one enters the lobby, the grandeur of the hotel truly hits you - open, welcoming and with an obvious air of elegance that can only be acquired over the years. Within a few seconds the famous Imperial hospitality was upon us. Greeted by staff members, who ensured the check in process was easy and an exceptionally well equipped concierge desk that answered all the typical (and not so typical) tourist questions. The room we stayed in was a non-smoking Junior suite. Traditionally hotel rooms in Tokyo are known to be small but The Imperial is known for its generously sized rooms. If you are expecting modern, business hotel like décor, this is not the place for you. It is a classic, heritage hotel and the message runs through in the décor, design and layout too. All the basic amenities one would expect of a five-star hotel are included with a massive beds and automated curtain drawers, lights and alarms all available at the touch of your bedside button. And then there is the magical bathroom. In general bathrooms and toilets in Japan warrant a lot of attention from outsiders. It can be quite entertaining trying to learn your way through the several buttons of the Japanese toilet seat. The one at the Imperial Hotel was one to spoil too - constantly warm seats and sprays of all kinds! The bathroom is huge (by Japanese standards) and comes equipped with its own dressing chair, a gorgeous inset dresser-cum-basin as well as an over flow of luxurious toiletries. The bath area is well designed and the shower supports different pressure movements and flow; perfect for those post long sightseeing days. A little hungry from our travels, we decided to give the room service a shot. Heaven sent for jet lagged travellers, the Imperial Hotel's Room Service accepts orders 24 hours a day. The choice ranges from hearty Western style meals, and Japanese food, to sandwiches and udon noodles for a lighter meal. Our meal arrived hot, well dressed on its serving table and was far more satisfying than any that we had during our rushed trips to other restaurants in Tokyo. Although we did not get a chance to try the other restaurants at the hotel, they are known for the French, Teppanyaki, Sushi, Tempura, and Chinese cuisine. So well-known in fact that Japanese locals who we met later in Kyoto, told us how The Imperial is their favourite go to for family celebrations and dinners. Setting foot outside the hotel is easy as you are in the heart of bustling Ginza. There are several upmarket department stores located close by as well as a special ceramics store where you can get good quality Japanese tea tumblers or pots. Don’t forget to ask the concierge for Sushi options under the train tracks! An unbelievably fun and authentic experience, these dining spots lie right below the train tracks and are little nooks of fun. Hugely popular with locals and expats alike, make sure you reserve a table at the more famous ones or if short on time, simply try walking into any of the dive bars there. Before we checked out the next day, we did get a chance to try the famous Imperial Hotel breakfast buffet. Stylishly laid out, you would be forgiven for assuming it’s an afternoon tea service at the poshest hotel in the world. Every possible breakfast option is available but we were sold on the deliciously buttery scones! The atmosphere is relaxed, very quintessentially Japanese and surprisingly full of not only visiting diners but locals too! Overall, the Imperial Hotel is everything it’s been made out to be. Gracious, unpretentious service and endearing Japanese attention to detail being its strongest points. If you are seeking a relaxed holiday or business stay with the right amount of Japanese hospitality, there’s no going wrong this this hotel. Will we return? Oh yes and with a big ‘Kon'nichiwa’!

If you would like to find out more or to book a stay at the Imperial Hotel Tokyo, visit www.imperialhotel.co.jp/e/tokyo/ 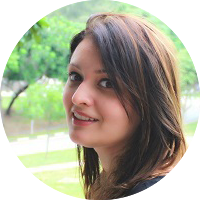 Wordsmith and marketer by day, Natasha is your go-to girl on all things beauty, travel and family. This mommy to two loves her cheese, a fab read and crooning to Ping Fong (don't we all?). Natasha also heads Communications at Expatgiving and helps volunteers find their dream non-profit role! Reach her at email or via her Instagram @sonattymama